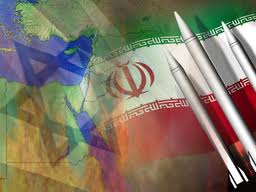 Friends,
Completing Nostradamus: The War with Iran – Islamic Prophecies of the Apocalypse consumes much of my time these days. Time to take a moment from completing it to catch you all up on a number of current events in prophecy. First, a gathering violence in Syria relates directly like a match set to enflame the Middle East’s next great firestorm, a war with Iran. The second Persian Gulf War is coming. It might erupt as soon as next month (September 2012) though I doubt it. I would like to think Nostradamus’ stars do support my contention. The clash of Western civilization with militant, some would say defiant, Islam is waiting down a free-“will”-way, which a hurtling mass-minded unconsciousness of man traffics and jams its stupid bumper car on the road to predictable ruin. That is, if without map or self-consciousness, he rolls. 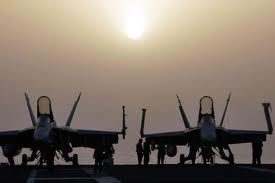 The destination waiting in the claustrophobic and shallow waters for a deep water US Navy is no game. No war game, carnival car bouncing outcome sees players climb out of the ride for a safe journey home. Wargaming officers might slip their toy carriers on the situation board back into drawers of a Pentagon parlor comforted by the hypotheticals of bloodless war dogma. They are conceited victims of a different kind of “fog of war”. It overclouds decision makers that jump at sending real flesh and blood crews and ships into harm’s way. This fog clouding war rooms is like a psychic cigarette smoke. It wafts as ideas from the past projected as certitudes blowing smoke without a clear view of the future.

I think of 1914. I think of a century of military dogma projecting an outcome to campaigns dressed in pretty uniforms and Napoleonic plumes that launched the First World War that did not anticipate lethal technological advances. I am haunted by those parade ground marching armies of 1914 mowed down, shoulder-to-shoulder by machine gun and Krupp heavy artillery. I think of the folly of military men and political leaders who do not change tactics to match the uncertain times when I research and write this book on machinations played out by desk-top admirals and generals to piece together a fog of thought, starting as far back as 1992. They have evolved a strategy limited by past-held assumptions, untried and many untested, when they conspire to destroy the Theocracy ruling Iran in our near future.

The consequences of military thinking riding full tilt into an unknown future on its charger sitting backwards in the saddle facing the past is an old stupidity ever made new by the next war. Here then is an excerpt, a taste of what nasty surprise might be waiting for a deep water Navy when it sails into the pond called the Persian Gulf, guided off course into the outdated smoke of yesterday’s musing. Cold War tactics, 20 years behind the times will soon put sailors in hot Persian Gulf waters, unless the following excerpt from my Nostradamus Iranian prediction can be avoided: 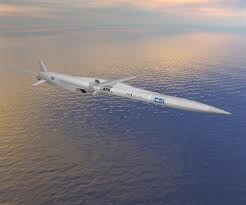 The Battle of the Persian Gulf will begin when US radar screens suddenly sparkle with dozens of blips of high and low altitude attacks of sub-sonic Iranian Exocet “arrows” appear “within” a 200 mile radius and virtually “on top” of their targets as close as 60 miles away. Swarm attack theory becomes terrifying reality. Everyone on both sides soon finds out what tactics actually work to dispense victory or death in a few milliseconds.

Across the Gulf, action stirs on the decks of US cruisers and destroyers. They are not sailors manning their stations. Few are visible. It is the other crew come to life suddenly animated, arising from rest with straight metal missile launcher arms, or others, swiveling, spinning, lifting up with blunt-sided metal hands gripping boxes loaded with packs of four RAM (rolling airframe missiles). On station with laser guided eye and paranormal powers of radar wave, they compute and move with superhuman speeds to lunge in fire and smoke their harpoon, sea sparrow and RIM-116 Rolling Airframe Missiles hurling them over a far closer horizon than comfortable at the greatest number of incoming anti-ship missiles ever fired in the history of modern naval warfare.

Human eyes squinting into the haze from ship bridges or the decks of a dozen US warships of the carrier group searching above the horizon from north to east to south spot distant points of blossoming fire in the torrid skies of a desert sea. The volleys of missiles guided by the AN/SWY-2 and Ship Self Defense System combat systems are vaporizing the Exocet horde. The human sailors’ metal and computerized mates do not pause but quicken their lethal labors, raising aloft and firing more of their missile pointed spears, surveying the skies with black radar cell eyes sweeping wildly rolling to lock on what is yet humanly unseen.

There are too many enemy missiles.

The survivors are coming over the horizon. On the deck and superstructure of an Arleigh Burke Class, Aegis destroyer on station 20 miles farther north from its Nimitz Class aircraft carrier, the artificial minds in the metal sailors defending the ship reach with wider range their radar sentience scouring skies perceiving the first emergence of supersonic missile trajectories a hundred miles away. Suddenly some electronic start of an alarm in hot circuits computer clicks on a new electronic brain lobe pathway in the tall-domed robot the human sailors affectionately call R2D2 because the Mark 15 Phalanx anti-missile batteries look kind of like the domed and plucky Star Wars ash can-shaped Sci-Fi robot.

The “R2” in this speculative future engagement has much more punch in his arm. No party zapper for Ewoks and power ports of Bespin. This R2 unit carries a spinning six barreled Gatling gun that would put the little Gatling number lugged by Arnold Schwarzenegger’s Terminator to shame.