OccupyLSX to take on the Big Boys 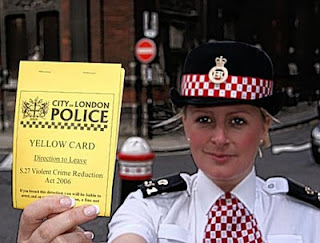 Finally, after two weeks of milling around demanding nothing except the right to camp outside a church, the Occupy movement in London have finally grown a pair. No more "tranquility Tent" and vegan meditation idiots, some very astute souls have decided to take on the beast itself. The corporation of the City of London.
Yes, the city of London is a corporation - complete with a private Police force, the ancient right to have a lobbyist in the House of Commons and more Freemasonary than you can shale a rolled up trouser leg at. It is the epitome of undemocratic corporatism and it runs the UK Financial sector.
Expect some serious sparks to fly as the many layers of this ancient order of privilege is exposed to the cold hard reality of the media spotlight.
This is a revolution worth fighting for. Let's get started.