When You Flash The Cash, Out Come The Grifters 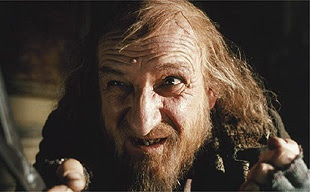 Well, if you will decide that the rest of the world's problems are your own, Australia.
Last month the Gillard government voluntarily offered their citizens' cash to the World Health Organisation. Because, you see, they're so damn perfect that everyone in the world should be as dictatorial over smoking as Canberra is.

NOT content with simply battling big tobacco in Australia, the Gillard government has pledged $700,000 to the World Health Organisation to help other countries reduce smoking rates.
The money will fund an inter-governmental working group to draw up guidelines on how increased taxes and prices can reduce the harm caused by cigarettes.
It will also help poorer countries introduce graphic health warnings.

Aww, ain't that nice? They care so much that they're funding coercion in countries where it's none of their damn business!
But what's this?

AUSTRALIA is set to reject a global push for a new tobacco levy on wealthy countries to fund health programs in the Third World.
That is despite support from high-profile philanthropists such as Bill Gates and the government's own hardline stance on smoking.

What's the problem? Surely the Aussie government should be champing at the bit to further show how they are the best in the world at bullying smokers.

A discussion paper circulated by the WHO says the proposal could raise as much as $US5.5 billion ($5.3bn) from a list of 43 wealthy nations every year.
It estimates Australia could contribute $US54.7m annually to the fund from a levy of US5c on each cigarette sold locally.

Wow! That's a skipload of bearer bonds, and no mistake. But hey, you're the world leaders, Australia. Remember? Choking on having to charge your people for the privilege of sending their hard-earned elsewhere won't help you well hard 'rep' here, you know. Buggering your voters is surely a small price to pay for being able to strut around with a badge saying "more dictatorial than you", isn't it?
Or could it be that if anyone is going to get $54.7m, Gillard and her moronic cronies want to make damn sure it will be them?
Because, let's face it, even the hideous obsessives in Canberra would have trouble selling this kind of lunatic reasoning to the Australian public.

"Voluntary contributions from the STC are not meant to replace tobacco tax policies that are intended to curb tobacco use or to artificially limit the tax increases required nationally," the paper states.
"The STC would therefore not replace broader government taxes on tobacco products intended to curb tobacco use but would be in addition to them."

I can imagine that budget speech would go down a storm.

"We are raising tobacco duty by $1 per pack because smoking is bad, m'kay. And we are also going to raise it by 5c per cigarette so we can ship your lolly out to countries you have barely heard of cos the WHO says it's a dandy idea. I hereby commend this to the House".

The problem for Australia - and each of the other 42 wealthy nations - is that once they have earnestly furrowed their brows and declared that they are 'serious about tackling smoking', and that the WHO are the body to do it through the FCTC which they have all stupidly signed up to, they become a cash cow.
It's the international equivalent of being approached by a charity collector thus.

Or does the Australian government only care deeply about the poor smokers of wherethefuckisthatland when it is convenient? Not much of an altruistic stance is it, you upside-down clowns?
After all, the WHO is democratically elected by millions of ... oh, hold on!
H/T Cherie, my Aussie Informer