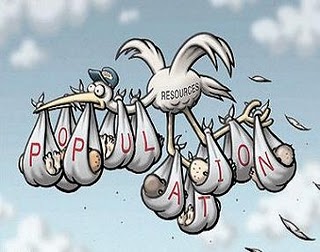 Friends,
Here is perhaps the most important milestone of the year 2011 that the media has almost completely – and perhaps purposefully – overlooked. Yet, in my almanac of prophecies published at the end of last year, I marked this milestone of the human population bursting beyond the 7 billionth mark as one of this year’s alarm bells sounding an unsustainable future: 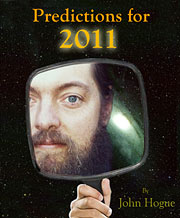 In the year 2011, have ears to hear the first random chimes of the unsustainable before the bell toll quickens, multiply, gathering chimes in number down a decade of denial until it rings in constant, cacophonous alarm.

The year 2011 marks the crying advent of the seven-billionth child. The time the mainstream world will begin to experience the first inklings of a supersystem collapse to come in the 2020s.

I have wanted to write about this most significant milestone since it was estimated we passed the 7-billion mark sometime this summer. I was waiting for the news agencies around the world to report it. This soul passing out of the suffering vaginal curtains of some mother, somewhere in the developing world punctuating the fact that another billion people have been uploaded on the back of our overstressed Earth since 1998.

Nothing of significance came out of the media. Our dark little secret that we are breeding ourselves to civilization’s death is something, like our genitalia and sexual proclivities. We do not expose or mention these in public. Sexuality is the root of our life force and unless we bring it into the light to explore and understand this root of life force, the path “from sex to superconsciousness” – as Osho would define it – will never get off base energy ground. 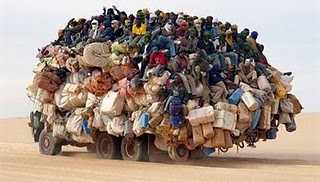 The summer of the seven-billionth child’s advent is passing away with little fatal fanfare for what that means for the future of humanity. I have waited long enough for the media as has my readers. Just today one of them asked that it may be a good time to review a four-line quatrain verse from the 16th-century king of prophets, Nostradamus concerning the importance of the great number seven being reported. Does this perhaps indicate Nostradamus at least wished to report on our overpopulation over four centuries before it happened?

Century 10 Quatrain 74 reads first in its original 16th-century French with my translation:

The year the great seventh number is passed,
Appearing at the time of the games of slaughter:
Not far from the age of the great millennium (2000),
When the dead will come out of their graves.

Back in the mid nineteen-nineties, I recorded this interpretation for Nostradamus: The Complete Prophecies:

“During the Second Gulf War US pilots talked about airstrikes as if they were plays in an American football game. In a quatrain set for a future time when people treat the ultimate human tragedy of war with new lows of banality, it is a promise of hope that mankind will transcend its ancient tomb of fossilized traditions that have sustained endless cycles of war and rape, and be reborn into a new millennium of peace.

“The seventh number is the seventh millennium, the source of much contention and confusion amongst Nostradamus scholars, because the prophet counts us down to the date of doomsday or bloomsday with different starting dates. Either it comes in this millennium or a.d. 3242 — or even a.d. 3826.

“If before the year 2000 man can reject political power games in favor of a new awakening, the world may survive into the next millennium.”

We are on the other side of that millennium-turning cycle of centuries and as often is the case, these quatrains of Nostradamus may reveal more subtle and complicated layers of presaging hint to what this quatrain is dating when the milestone of great number seven is reuvolu (an old French word meaning accomplished, completed, finished or passed). 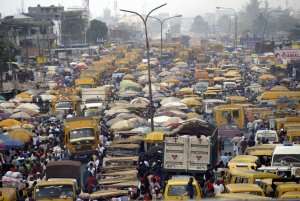 I would say that the millennium passing and the world population reaching seven billion 11 years later frame a date pinpointing a time when humanity’s stresses upon itself and the world will require we enter a period of apocalypse out of which may arise human childhood’s end.

We have passed the great millennium in 2000 and the great seventh number, the seventh billion, has been passed. The days of tribulation leading potentially to transformation of the human race begins now. The alarm bells ring in 2011 sounding an unsustainable future for “Stupid”. Time to awaken from our superstitious religions, our ignorance-based faiths. Time to redefine what it is to be human, tame our population explosion rather than keep taming and raping our Mother Earth.

I would say Nostradamus uses the biblical metaphor in the final line as a message to awaken, to see humanity reborn. Let us rise from the graves of our unconscious habit and fossilized dogmas. Let us be renewed.

This is the time to understand what the true meaning of Apocalypse is and become that Apocalypse.

The word conjures visions of divine revenge and the Earth splitting open, welcoming sinners to Satan’s reception. It threatens the final moment when destiny’s back is against the wall and history’s excuses have run out. It is a spiritual foreclosure. A time to pull a mantle of mountains over one’s head and hide from St. John’s acid trip of angels with swords for tongues, who hang on every bleat and low of a lamb with seven eyes. And why? Because Captain Karma (a.k.a. God Almighty) is looking in the Book of Life and your name isn’t there. The Judgment Day has come!

Words by themselves have no life except that which we invest in them. They pass down the centuries, taking on new psychological charges like stories whispered down a queue. The Greeks never intended this world to be a noun of doom. Apocalypse literally means “to uncover” or “to expose” the truth. There is a naked truth here, hiding beneath the changing fashions of syntax. However, the price of truth revealed might be a degree of change one is not ready to risk. Why else, then, do we react with such hopelessness and fear to a word that signifies the real hiding behind the false? Can we see only catastrophe in the revelation of truth?

The Millennium Book of Prophecy
777 Visions and Predictions
from Nostradamus, Edgar Cayce, Gurdjieff, Tamo-san, Madame Blavatsky, the Old and New Testament Prophets and 89 others.

Truth is a catastrophe to lies and illusions. The only catastrophe I wish to enable is the end of “Stupid” in myself, my civilization and my world. Meditation is my way to end a dumb destiny. I invite you to ask. I will share my meditations with you and we can do this work together. Contact me.