While the rest of us were going about our business just earning a living, watching a film with the missus, or kicking back with some wine or a moody curry, last week a bunch of unelected health finger-waggers were having the mother of expense account parties - with cranberry smoothies thrown in, no doubt - and you paid for it.
I'm talking of the global gathering of health zealots in New York - who have contributed barely a productive dollar to their collective name - to discuss 'Non Communicable Diseases' (NCDs).
Unfamilar with the term? Well, let me explain. NCDs are what we used to call 'shit happens' (or mostly doesn't) when coupled with a life which isn't dictated by an almost religious adherence to purity and health. The New York delegates are committed to making absolutely sure that shit will never happen for other people, whether they wish to take the risk or not.
They plan to do this by ensuring you will never be allowed to take such risks. 'Preventable' means making you change your life, against your will, to fit in with how government say you should live. Going about their business by sticking their nose into yours, basically. 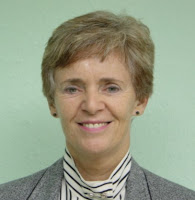 The ever-observant Belinda serves us up with a perfect example of this hideous, interfering mentality in her spot of an interview with high profile delegate, and anti-smoking pioneer, Dr Judith Mackay (left).
Do go have a listen, because in the first half of a 20 minute piece with a simpering stooge, she fully validates everything I have ever written here about the pernicious invasion of our liberties on the back of the tobacco control template.
She used to think the tobacco industry was "uniquely awful", but now wants to have a serious go at ...

That's because, by her own admission, the techniques employed against those other industries are increasingly becoming very similar.

"You may argue that some of these things are the responsibility of the individual, whether they're thin or fat, or whether they do exercise or not, but I think what was discussed today - and this was, of course, a government meeting - this was essentially about what governments can do. Not so much what the individuals can do, but governments. [...] Governments have got to set the template for healthy behaviour, and this is not a nanny state, this is actually the responsibility of governments to make life conducive, to help people to make those healthy choices."

Nope, no nanny state there. Not a bit of it.
But the truly sinister aspect of this woman is her blithe dismissal of any policy except brutal fiscal bludgeoning of anyone whose life view is different to hers. Using the soundbite of "taxation, taxation, taxation" (yes, she really did say that), the roadmap she is promoting is pure and unequivocal.

Like a drink? A Big Mac? A Snickers? You're all smokers now. Or may as well be, because the New York contingent view every man jack of you as something to be controlled and forced to change. Either that, or you have to pay through the nose for the same products you have always chosen to enjoy. Though I'm sure the fact that a proportion of these extra taxes will find its way into the pockets of those who order global governments to enact such policies has nothing to do with their obsessive zeal. Oh no.
Think you can perhaps reason with these people? Yeah, right. Mackay (who Labour made an OBE, FFS!) has previously gone on record as stating that no-one should be allowed to opt-out, and educating kids doesn't work. Sorry, but you're all going to have to fall into line, or empty your wallet/purse at the state.
The tobacco industry famously once described Mackay as "one of the three most dangerous people in the world".
That's one hell of a crystal ball they have there.