Over 50k Brits have Died Suddenly in the past 8 Months

As the death toll rises, a dark shadow has been cast over Britain.

As the investigation deepens, it has become increasingly clear that the Covid-19 vaccines are the most likely cause of the unprecedented loss of life in Britain. The evidence is damning, with a startling correlation between the rollout of the vaccines and the spike in deaths.

We were told the vaccines would bring hope and healing in the midst of an alleged global pandemic. But now, it seems that they have instead brought even more devastation and pain.

The Office for National Statistics has released weekly figures on deaths registered in England and Wales, and the data reveals a troubling increase.

While Covid-19 is often blamed for such increases, this time the numbers tell a different story. Out of all the deaths, only 326 were attributed to the alleged disease – a mere 2.8%.

So what is causing this surge in fatalities?

According to the Office for National Statistics, excess deaths have been occurring on a weekly basis since April 2022, and while the data initially seemed to point to other causes, closer examination reveals a startling correlation between the rollout of the 2021 winter “Booster” shot and the spike in fatalities.

To uncover the full extent of this tragedy, we dug into the data, analysing the weekly number of deaths over the past eight months and comparing them to the 2015-2019 five-year average.

And what we discovered was a disturbing trend, as the chart below reveals.

The chart reveals excess deaths occurred in all but two weeks since April 2022. These two exceptions, it turns out, coincide with the late Queen’s Platinum Jubilee and funeral, which would have caused delays in death registrations due to the bank holidays.

But even taking these weeks into account, the data shows an average of 1,268 excess deaths every single week.

The following chart is taken from Public Health Scotland’s Covid-19 Dashboard, and it shows the weekly number of deaths compared to the 2015-2019 five-year average –

Because the chart doesn’t reveal the true picture, we downloaded the death data from the Public Health Scotland Covid-19 Dashboard, which you can also do so here, and calculated the total number of deaths between week 16 and week 47 of 2022.

This means Scotland has suffered 4,264 excess deaths against the five-year average over the past 34 weeks.

The following chart shows the overall number of deaths and excess deaths in England, Wales & Scotland –

Could it be that the Covid-19 vaccines, which we were told would bring hope and healing, are instead causing unimaginable tragedy?

Well, as our investigation into the excess deaths in the UK deepened, a disturbing pattern emerged.

The Expose is 100% funded by you.
Can you help keep us online?

…Covered for Next Month

An analysis of official ONS data reveals that approximately five months after each dose of the Covid-19 vaccine is administered, the mortality rates among the vaccinated rise significantly compared to the unvaccinated in each age group.

The following charts were created using data extracted from table 1 of the Office for National Statistics dataset on ‘Deaths by vaccination status (Jan 21 to March 22)’ which can be accessed on the ONS website here, and downloaded here.

The first chart shows the age-standardised mortality rates per 100,000 person-years by vaccination status between the 1st January 2021 and the 30th April 2021 –

As you can see, mortality rates were highest among the unvaccinated each month. However, by the end of April 2021, five months after the first Covid-19 injection was administered in the UK, things started to even out among each vaccination group and the unvaccinated.

But look what happened in the following four months.

The first chart shows the age-standardised mortality rates per 100,000 person-years by vaccination status between the 1st May 2021 and the 30th August 2021 –

Unfortunately, a follow-up report published by the ONS on 6th July 2022, proves that things did not improve for the vaccinated population.

In fact, things got so bad that by the end of May 2022, mortality rates were lowest among the unvaccinated in every age group in England, and highest among those who received one, two, or three doses of the vaccine.

A more detailed analysis of the data contained in the above charts can be read here,

But the pattern doesn’t stop there. The data shows that not only does this pattern persist in all-cause deaths, but each dose of the vaccine also causes a significant increase in Covid-19 deaths.

The pattern repeated itself over the next five months, with deaths nearly tripling, and the two-dose vaccinated accounting for the majority of deaths at 83%.

And in the five months between January and May 2022, deaths again increased, with the triple vaccinated accounting for the majority at 82%.

The evidence is clear and undeniable: the vaccines have been and are still killing people, with the deadly consequences being fully realised approximately five months after each vaccination.

This is a tragedy of epic proportions,

Posted by Mariothegreat at 07:02 No comments:

WORLDWIDE UNMASKING OF THE UNITED NATIONS

The United Nations are currently rolling out Agenda 2030, with the notorious "sustainability goals". This worldwide project aims to completely transform every aspect of human existence: food, sexuality, family, work, finance, health, education, everything! This will supposedly put an end to poverty, hunger, inequality, sickness, and other bad things. A former executive director who worked at the UN for two decades, tells a different story. He explains that the UN is controlled by criminals who use it to enrich themselves, and enslave humanity.

WATCH "SECRETS OF THE UNITED NATIONS"

Posted by Mariothegreat at 07:08 No comments: 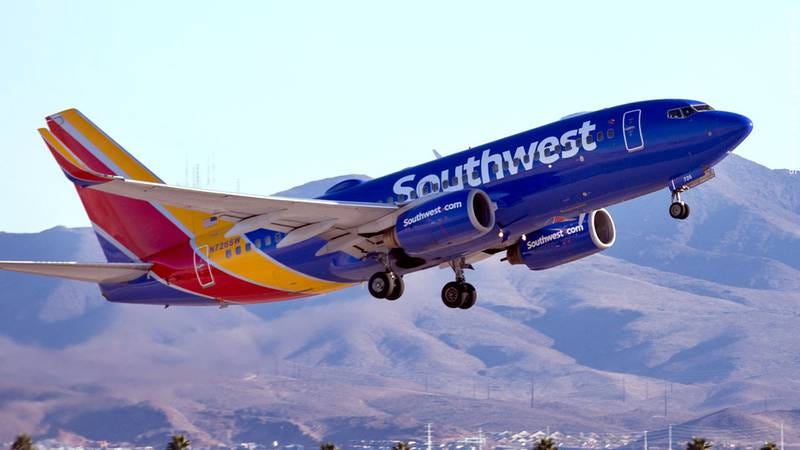 I thought the vaccines were supposed to reduce death not increase it! I just asked the FAA for their comment on this. Here’s what I wrote: The FAA wants a war, so I’m going to give them one

I’m not going to let the FAA get away with ignoring all the deaths and disabilities.

I’m willing to pay people $5 per name who sign our FAA petition to investigate these injuries. All you do is stand right outside the Crew security checkpoint and hand out the fliers. I’ll pay you $5 for any flight attendant/pilot who signs the petition. So you can earn $50/hr or even more and work your own hours. And you’ll be doing a huge public service.

I will then pay all costs for 20,000 of these people to come demonstrate outside of FAA headquarters.

The protest will end when the FAA agrees to investigate the injuries. Please let me know if you are interested in this offer to help me collect names:

Poll: Would you be interested in handing out fliers at the airport CREW security checkpoint asking people to sign our petition to the FAA to ask them to investigate pilot/flight attendant deaths and disability related to the COVID vaccine? I’ll pay $5 per name.

Posted by Mariothegreat at 07:01 No comments:

Drawing on a national database of over four million people, researchers in New Zealand have found a strong association between Pfizer’s mRNA Covid shot and kidney injuries.

The finding was posted as a “preprint” in The Lancet’s database on Friday, Jan. 20. It is the third signal from a large government-managed database linking the Pfizer’s mRNA shots to serious side effects in only the last six weeks.

The authors did not define “acute kidney injury,” a term that can cover anything from relatively benign changes on laboratory tests to a serious loss of renal function.

Still, the finding is yet another signal of the potential cardiovascular risks of the mRNAs. The kidneys essentially function as filters for the blood, and renal injuries often result from reduced blood flow to the kidneys.

The researchers also found elevated rates of heart inflammation, blood clots, and platelet damage in the weeks after one or both of the shots. In all, they found a statistical link between the Pfizer shot for four of the 12 conditions they examined.

The finding is particularly strong because the researchers did not have to depend on voluntary reporting. Instead, they compared New Zealand’s national health records to its national database of people over five who received the vaccine. Just over 4 million New Zealanders, including 95 percent of adults and teenagers, received the shots, providing a large pool to track.

The researchers then compared the number of “adverse events” they found to historical background rates.

In addition, New Zealand had relatively low rates of Covid for most of the period during which people received the Pfizer jabs, so Covid itself cannot be blamed for the excess injuries.

Four of the five researchers on the paper work for the New Zealand government, which has avidly promoted the shots. It is probably only coincidence that they opened their discussion of the findings with the good news: “BNT162b2 vaccination was not found to be associated with the majority of the selected AESIs. [adverse events of special interest].”

Yes, the Pfizer jab was associated with only some of the possible side effects the researchers examined, not every single one.

Look on the bright side, people.

Posted by Mariothegreat at 06:51 No comments:

UK ONS admits their data is flawed; the vaccines may not be beneficial after all. Sorry about that.

Norman Fenton, Martin Neil, Clare Craig and Scott McLachlan authored a letter to the UK Office of National Statistics (ONS) pointing out serious flaws in their data. These flaws would make the unvaccinated look worse than they really are.

The regulator agreed they were right.

[Editor’s note: An honest regulator is a rarity. This would NEVER happen in the US.]

I’ve written previously about how the UK ONS data is unreliable and inconsistent:

But I don’t think any of the “debunkers” or “fact checkers” have noticed any of these flaws. Am I wrong?

Now, a group of “misinformation spreaders” have formally pointed out the errors and called for the data to be corrected.

The good thing is the regulator was honest and agreed with the group.

In the meantime, may I suggest you ponder these two graphs before getting any more boosters?

Both show getting additional boosters is stupid. Beyond stupid.

The UK ONS statistics can no longer be used to show the vaccines work. But they can be used to prove that the vaccines cause more harm than good. Stay tuned. It will not turn out well for the vaccine makers.

Posted by Mariothegreat at 07:47 No comments: