CONSPIRATORS' HIERARCHY: THE STORY OF THE COMMITTEE OF 300 by Dr. John Coleman 18

Posted by Mariothegreat at 09:35 No comments: 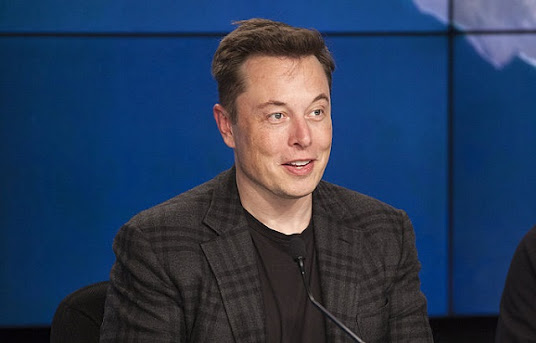 Britain's Online Safety Bill would make it mandatory for social media services to tackle both illegal posts as well as material that is "legal but harmful," a vague definition that has attracted criticism from some in the tech industry over concerns that it may stifle free speech.

"Twitter and all social media platforms must protect their users from harm on their sites," a U.K. government spokesperson told CNBC.

"We are introducing new online safety laws to safeguard children, prevent abusive behaviour and protect free speech," the spokesperson said. "All tech firms with users in the U.K. will need to comply with the new laws or face hefty fines and having their sites blocked."

The stakes for platforms like Twitter would be even higher under the Online Safety Bill, which threatens jail time for company executives for serious violations, as well as penalties of up to 10% of annual global sales.

The legislation, which is yet to be approved by U.K. lawmakers, is expected to become law later this year.

Musk said earlier in the day after the EU's threats were issued that, "The extreme antibody reaction from those who fear free speech says it all.""By 'free speech', I simply mean that which matches the law. I am against censorship that goes far beyond the law. If people want less free speech, they will ask government to pass laws to that effect. Therefore, going beyond the law is contrary to the will of the people," Musk said.It's truly remarkable how these Western regimes will condemn China and Russia for cracking down on dissent while they actively wage total war against free speech and free expression in their own countries against their own subjects.
Posted by Mariothegreat at 07:57 No comments:

Three new papers everyone should know about

These three papers provide compelling evidence that the vaccines should be avoided and are unethical to mandate.

Here’s a recent video everyone (including public policy makers in Australia) should watch for just 60 seconds (the link starts 9:15 into the video).

Mark Steyn makes the point that it’s “either official information so you can say it, or it’s disinformation and you’ll lose your Facebook account”

He goes on to say that the official UK government data clearly shows that your third shot significantly increases your risk of infection, hospitalization, and death. He says (start watching at 13:50) that if you are triple vaccinated, you die at three times the rate of people who aren’t triple vaccinated.

You can find the transcript of Mark’s remarks here.

Some people pointed out that the data is age confounded because Mark assumed that the numbers who are triple vaccinated equaled the numbers who are less than triple vaccinated for all age groups. This is not true for the elderly for example. But my article takes all of that into account and finds that even when you compute the rates for each age range, the data isn’t favorable for the vaccine. It’s probably why the UK government stopped reporting the numbers so you wouldn’t be able to figure it out anymore.

It’s also important to note it isn’t just the UK numbers that are troubling. The numbers from Walgreens in the US aren’t supportive either, not even for the elderly which is the most vulnerable group. It shows that the third dose wears off and leaves you much worse off than the unvaccinated (more than twice as likely to be infected).

You have to be dumber than a doornail to mandate this.

Three recent papers everyone should be aware of.

Here are three recent papers that everyone should be aware of and their conclusions.

The COVID vaccines are bad news. They always have been. But now the papers are being published in the scientific literature that make all our earlier warnings about the dangers of these vaccines impossible for any sane person to ignore.

At a bare minimum, we need to stop mandating these vaccines (and masks) worldwide and every honest member of the mainstream medical community (yeah, both of them) should be calling for stopping all the mandates.

Will this new science make a difference? No, not one bit. Why? Because the CDC says the vaccines are safe and effective and only a small handful of health officials (like Florida’s Joe Ladapo) are willing to challenge the narrative.

Science doesn’t matter to politicians and public health officials. It’s all about following the CDC and government narratives, not the data.

Posted by Mariothegreat at 14:49 No comments: