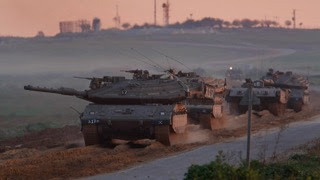 21 September 2015: Eschatology Today has noticed of late the emergent travail within the bride of Christ regarding the fulfillment of the prophecy of Psalm 83. My intent has been to stay clear of the fracas, but that is no longer a viable position to maintain.

Firstly, I would define this travail as giving birth to some unintended divisiveness. As is normally the case, divisiveness is the direct result of multiple opinions regarding the fulfillment Psalm 83 coming from disparate angles of interpretation. The problem I have with all of this is that the multiple and apparently vacillating opinions are based upon logic from the minds of men instead of a direct understanding from the word of God as illuminated by the Holy Spirit.

In a nutshell, and because I do not wish to belabor the issue here, Bill Salus sent out a report yesterday which clearly illustrates the travail. Bill is at a point of brotherly loggerheads on this issue with Dr. Arnold Fruchtenbaum whose opinion holds the view that Psalm 83 was fulfilled in 1948. The Salus counter to the Fruchtenbaum view is that the primary instigator are the modern-day Edomites whose tents (i.e. war refugee status) did not come into existence until after the combat of 1948 was concluded with the armistice of 1949.

On the surface, that nothing was resolved in the warfare between Israel and the Arabs during 1948-1949 and was only fully halted by a temporary armistice in 1950, this should serve as a primary the primary indicator that future warfare was inevitable, and the Psalm 83 prophecy was in progress but had not come to complete fulfillment.  And when full-scale warfare was resumed at regular intervals in 1956, 1967 and 1973, and minor wars in the north and south have erupted ever since, it comes apparent that making the case after 70 years of continuing warfare for a 1948 fulfillment is an in-your-face non-starter of an argument.

As readers of Eschatology Today will probably recall, I have addressed the Psalm 83 fulfillment issue since 2009 within the context of the "Prophetic Dominoes" paradigm, which itself is 100% based upon the study of the sequence of warfare of prophecy within the word of God. More importantly still  than this Bible-based paradigm is the fact, as readily understood by Eschatology Today readers, that the word of God tells us directly and precisely when Asaph's Psalm 83 prophecy will have come to its fulfillment:  Isaiah 11:12-14 and Ezekiel 28:24-26.

For the past 67 years Psalm 83 has remained and continues to be a Holy Spirit-inspired prophecy in the process of fulfillment!

As prophetically declared by Isaiah: Does Israel have sovereignty over Gaza and are those terrorists vanquished? Are the ancient lands of Edom and Moab in modern-day Jordan now the sovereign territory of Israel; do the people of Amman obey the government of Israel in Jerusalem?

As prophetically declared by Ezekiel: Does there still exist today a "pricking brier" of despising enemies all around Israel; does Israel dwell safely and securely and build houses at their leisure wherever they choose to build them?

When these prophetic specifics have become reality as the aftermath of full-scale warfare between Israel and the enemies which currently surround her, then and only then can it be stated with absolute certitude that Psalm 83 has come to its ultimate fulfillment. Until then several dominoes must fall in their sequence; this is what we are witnessing in the run-up to Isaiah 17, and ultimately after Psalm 83 the specific conditions which will exist for the fulfillment of Ezekiel 38/39 to occur.

Posted by Mariothegreat at 16:58 No comments: