Global SITREP B9-15: Where the 1st and 2nd Temples Really Were and Where the 3rd Temple Will Be 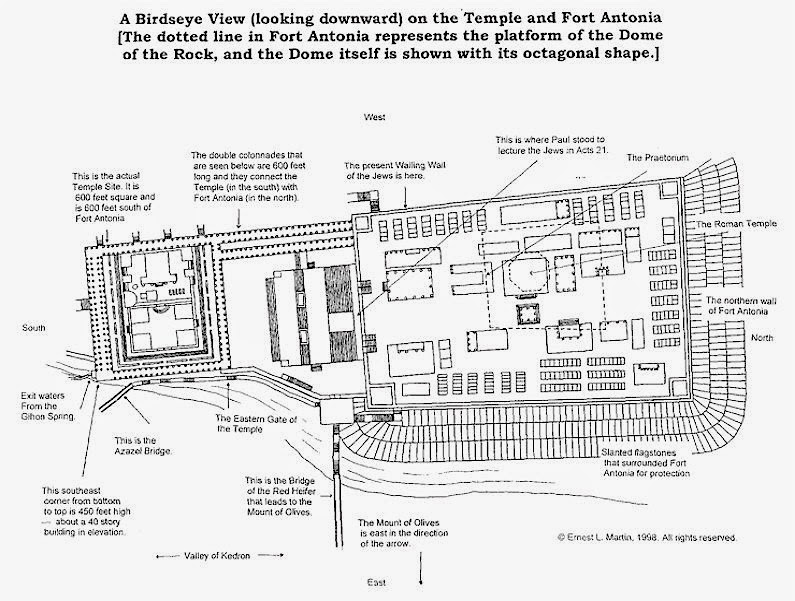 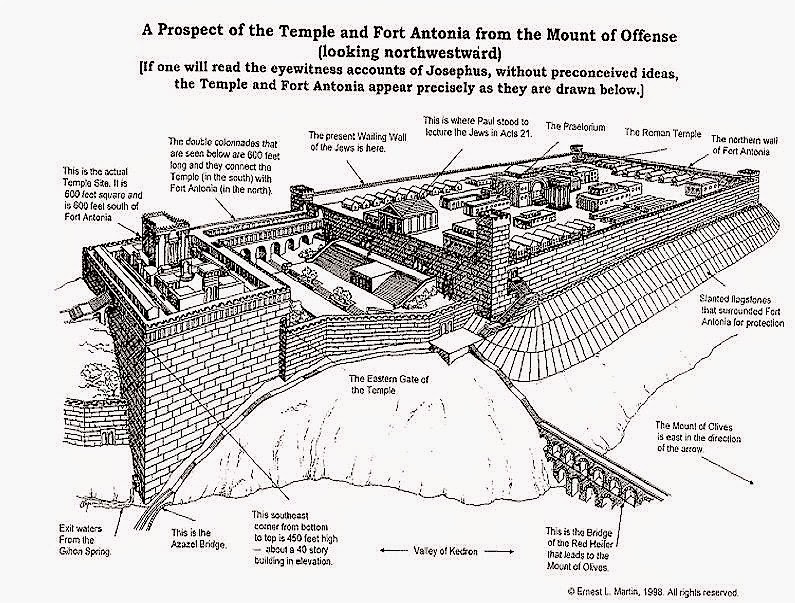 Are the Dome of the Rock and Al-Aqsa Mosque completely irrelevant to the prophetic and soon construction of the coming 3rd Temple? Precisely as Jesus prophesied, everything seen at the left-hand side of both the above drawings were destroyed completely; not one stone was left standing upon another.

I am going to approach this subject from the point of four directly related prophetic Scriptures with an emphasis to determined whether or not they were fulfilled during the Roman conquest of 70 AD. The first Scripture is the angel Gabriel prophesying to Daniel (Daniel 9:26b with emphasis added):

"And the people of the prince who is to come
Shall destroy the city and the sanctuary."

Then Jesus went out and departed from the temple, and His disciples came up to show Him the buildings of the temple. And Jesus said to them, “Do you not see all these things? Assuredly, I say to you, not one stone shall be left here upon another, that shall not be thrown down.”
Then as He went out of the temple, one of His disciples said to Him, “Teacher, see what manner of stones and what buildings are here!” And Jesus answered and said to him, “Do you see these great buildings? Not one stone shall be left upon another, that shall not be thrown down.”
"And when he (Jesus) was come near, he beheld the city, and wept over it, Saying, If thou hadst known, even thou, at least in this thy day, the things which belong unto thy peace! but now they are hid from thine eyes. For the days shall come upon thee, that thine enemies shall cast a trench about thee, and compass thee round, and keep thee in on every side, And shall lay thee even with the ground, and thy children within thee; and they shall not leave in thee onestone upon another; because thou knewest not the time of thy visitation."

Was the city of Jerusalem and the Temple destroyed by Rome in 70 AD as Gabriel prophesied? Was Jesus reiteration of this prophecy fulfilled in that same year by the massed legions of Rome? Was Jesus prophecy just prior to His triumphal entry as He beheld the entire city from some distance no fulfilled precisely as He spoke it?  If these prophesies were literally fulfilled and are true then the only battle damaged structure left standing intact would have been the Antonia Fort as that was the Roman garrison of Jerusalem. The remainder of Jerusalem and the Temple would have been razed, as Jesus said, "even with the ground."
To be continued...