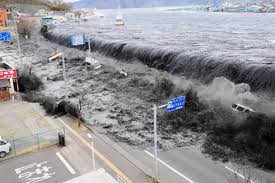 Friends,
What is it with the number eleven and catastrophes? It seems to play on the minds of al-Qaeda terrorists when they are handmade. They hijacked the eleventh day of September with diabolical irony when dating their attacks on the US Pentagon and World Trade Center towers on 9-11 (2001), using September 11 as a play on the emergency number people dial in the United States.

911 days later al-Qaeda operatives in Spain blew up parked trains teaming with crowds of people in Madrid on March 11, 2004. One year ago as of today, the eleventh day of March, random nature played its hand at catastrophe with the 9.0 magnitude Tohoku temblor and massive tsunami washing away entire towns and cities along the northeastern coast of Japan’s main island of Honshu, carrying off over 20,000 people. There was no hijacked jet as such but a comet hijacked by gravity that may have been the cause.

The Comet Elenin right around the time of the quake had made a third lineup with the Earth and Sun on its way into the solar system and like the previous two times there was a major earthquake either by coincidence or by some force within gravity that humanity has yet to understand. The first lineup happened the same day of the first lineup in February 2012 that an 8.8 earthquake rocked the Chilean coastline sending a tsunami inland splintering fishing towns whilst sending another wave across the Pacific Ocean. The second lineup happened in September 2010 and on that same day Christchurch New Zealand was shattered by the first of several powerful quakes to come. 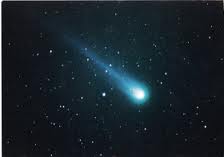 Comet Elenin before it broke up.

Elenin was scheduled for another lineup with the Sun and Earth in late September and late November of 2011 after being slingshot around the Sun back into deep space, but powerful solar gravitational forces crushed the comet, grinding it into stellar ice cubes and dust. Was it a coincidence once Elenin was pulverized that no quakes transpired on the next two lineups? On the other hand, could there be a force far subtler than currently measurable by astronomical instruments that emanates out of seemingly small or distant cosmic bodies with some influence upon the Earth’s seismic activity?

I have often explained in articles about the Japanese Tsunami how great quakes seem to fall around or exactly on the date of Full or New Moons, especially when there is a 90 degree square of Uranus with other planets.

Uranus in Aries (the cosmic forces of fires, wars, revolution) is square Pluto in Capricorn (the definer of generational ages, status quo establishments of power, the economy) starting in May, intensifying through June until October before the square ends in November, shortly after the US presidential elections. Saturn (ruler of karma, forces of limitation and hard reality checks) enters Scorpio during the final months of the Uranus-Pluto Square for its two-year transit.