You wanted equality, you just got it 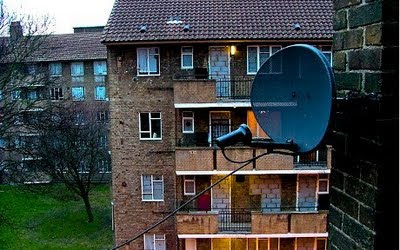 The endless plundering of our money by the State is about to take a new twist.

Since the end of the second World War, the State has grown to immense proportions. The fabian logic being that the State can provide all for all, as long as everything belongs to the state. It can redistribute wealth to those unable or unwilling to earn their own in return for votes. It can provide health, housing, education, justice. It can provide all that is required to keep the citizens happy by taking away the burden of responsibility. All it requires is the power to take your money.
This week saw the Treasury plunder the bank accounts of British citizens in Switzerland, grabbing hard earned money for itself whilst declaring those who place their wealth beyond the reaches of Government "parasites". The irony was not lost on me. The 50p tax rate will stay, meaning that more than half of the labour of a successful citizen is now purely to keep the States ability to redistribute his wealth to others.
Except it isn't.
There will no longer be wealth redistribution. The State is now abandoning the Fabian principles of steal from the rich and give to the feckless. No, the State is not giving to anyone. It is hoarding our wealth. Drastic cuts (sic) designed to place the responsibility of services once again upon the individual are not resulting in tax cuts or incentives to business. The claim of ownership by the State to all our money is not changing, it is increasing.
Unemployed childless citizens, long despised by the state as unproductive and "zero yield" are now being forced to pay full Council tax. The contempt of the Plantation Owner for those not "leveraging synergies" is about to become highly visible. The consequences will be interesting.
For decades, the "poor" have been shielded by subsidies, tax credits and handouts - from the State. It was not their concern that it was all paid for by those who earned their money or borrowed from future generations. Entitlement was engraved in the "have nots", just as we are now seeing the ruthless state demand "entitlement" over our money. All of it.
The Danegeld paid to keep the lower orders peaceful is no longer to be paid and they will now face what the rest of us face. Full exposure to the grasping claw of Government. No stone is to be left unturned as Osborne scrambles to find the finances necessary to keep the beast fed, and yes, the poor are shortly to realise that the benevolent State, the generous all providing Nanny that has poured endless billions in keeping them voting the right way has suddenly turned nasty.
No point in the left screaming that the rich should pay more. The rich are rich because they know how to earn and acquire wealth. No point in fleecing the middle earners. Their disposable incomes are already at record lows and their desire to endlessly consume is fading. The housing market has collapsed and they are busy repaying their credit binges.
So the state is now going after the childless poor. Those most useless of citizens. Those wastrels of no value to the exchequer will finally be exposed to the full demands of the greedy Beast of Government.
It will amuse me to watch the anger shift. Those who were happy for me to pay for Diversity Coordinators are about to be handed the bills. Those who had no concern that the state was growing faster than a primary tumour because they benefited from it are going to feel the cold icy grasp of the Treasury turning its all seeing eye to them. Whilst they cheered when Osborne raided the offshore accounts in Zurich, they will howl when Osborne raids their benefits and subsidies for cash.
The treasury will not allow the luxury of "class" to stand in the way. The beast is hungry, it sees no divisions and will seek sustenance wherever it finds it.
Sorry guys, you wanted equality from the State, you just got it. We are finally all equal under the State. Free to be robbed, taxed, threatened and abused. Freedom is slavery after all
"Arbeit Macht Frei"