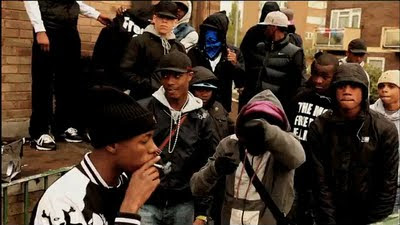 Today, after 9 months, the attacker of my daughter was found guilty of assault by beating. For those who are new to this blog, allow me to explain.
I am a very proud father of 6 exceptional children. They have been raised to speak their minds, stand up for justice and each posses a moral "core". They know the difference between right and wrong and understand that they are responsible for their own actions and deeds.
They travel a considerable distance to attend a school with a curriculum designed to maximise their international potential. When founded it was unique in that only children of an international background could attend. Mine qualified as they were born in Germany and were multilingual. One of my daughters has just passed her International Baccalaureate and awaits her A level results in 2 days before heading off to University. They understand "diversity" and "multiculturalism" better than anyone. Their classmates are Japanese, Angolan, Chinese, Brazilian. Children of diplomats, businessmen, academics.
It was on this journey to her school that my 16 year old daughter was confronted on a train by a black gang with nothing better to do than travel the railway network looking for victims. They picked the wrong one that day.
They simply wandered up to her and demanded she suck the cocks of all four of them. On a train. Or else. And they weren't joking. It was obvious they had done this before with success but apples tend not to fall far from the tree. My daughter is made of sterner stuff. They were instructed to fuck off in no uncertain terms.
To keep the story short, they followed her to school, even invading her 6th form. They were challenged by staff and evicted from the premises, even though they protested, in full view of CCTV that no one could touch them, as they were "Africans".
Of course they waited. And at the end of school, they assaulted my daughter at the railway station for refusing to suck their cocks. She had "disrespected" them and was "due a slap". so they gave her one.
Today, the perpetrator sat in the dock, in full gangsta attire, with his "baby mother" waiting for him outside the "youth court" (he is now 17) whilst the evidence was shown to him. Evidence SO overwhelming I can only gasp in amazement that he didn't change his plea to guilty whilst he had the chance. He made my daughter go through cross examination from the defence whilst he fell asleep in the dock, texted his mates, sucked his teeth and yawned and stretched his way through the proceedings. He was found guilty of assault by beating and will be sentenced next month. He will probably face a "community" punishment which he will not bother to do and a fine which he will not bother to pay. So much for justice.
I instructed the British Transport Police to pursue this case, in the full knowledge of the outcome. My motive was not revenge. My daughter absolutely insisted he be prosecuted because whilst she is made of nails and can fight back, the next girl this gang "made demands" to wouldn't be. And that may be a daughter of yours. Unable to fight back and easily silenced by threats.
He couldn't have been in court at a worse time. A Nigerian wannabe gangsta, with arrogance dripping from him, shown to assault an intelligent, articulate, educated girl on her way home from school did not go down well with the magistrates. They knew, as my daughter knew, that the only way to stop this feral is to convict him. Had they not, no woman on the train network would be safe and eventually, his actions would escalate. As they always do.
I thank the British Transport Police, who despite the CPS (!) pursued this. And would ask you to thank my daughter, who has saved other women from the feral demands of this gang. Including your wife and your daughters.
Her comments in court?
"This is wrong. You do not do this. No one has the right to terrorise me or anyone else on the train. If I don't stop you, God help the next victim you pick, and frankly you pick on everyone"
When he is sentenced, I will name him. Right here.
In the meantime, I am immensely proud of my daughter, not because she stood up to feral Nigerian youths - that was always going to happen, but because she did it for those who will not or cannot. I hope she infects her entire generation.
UPDATE. He will be sentenced on September 7th, but have just been told he is facing other trials, so unable to name him. Yet