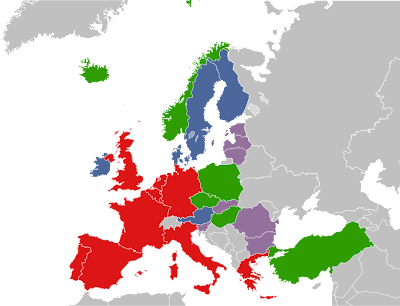 The TEN (seen in red)

14 August 2011: As detailed on 5 August 2011 by Hal Lindsey in his MUST SEE 28:30 long video, the above quote is taken directly from a .pdf found on the Western European Union website. "WEO Council Decision at 10" is found on page 2, item number three under the heading "AGREED THE FOLLOWING."
Once again, nothing in English (or French for that matter) makes utterly false the non-Spirit inspired claims of the so-called Eastern Leg-Islamic Antichrist (EL-IA) proponents (i.e. Walid Shoebat and Joel Richardson among others) more than this .pdf document because it absolutely confirms the Word of God from the prophet Daniel and the Revelation of Jesus Christ, both of which we know are ultimately from Almighty God Himself.

Once Again, Thank You Hal Lindsey!