The Next Crisis – Mark your calendar

The Next Crisis – Mark you calendar

The date will be on or about September 30th. The issue will be the need to pass a Continuing Resolution by the House.

For more than 850 days the US has gone without a budget. The House passed one not long ago; the Senate tabled it. The Administration has not offered up one either. The absence of an approved budget means that the only way the country can continue to operate is through a series of temporary extensions.

The last time we went through a vote on a continuing resolution was just four months ago. That fight went down to the wire. At the time it was 50-50 that the government would be forced to shut down. In the end a deal was reached to extend things to the end of this fiscal year. That happens to be just six weeks from today.

The fight back in April was the opening salvo of the war between Democrats and Republicans. I think this was the first definitive evidence that our government was so deeply divided that it had become dysfunctional.

It was the debt ceiling catastrophe that drove S&P to cut the US credit rating. The seeds for that ratings cut came from the Continuing Resolution debacle.

To get a new Resolution through the house the Democrats and the WH will have to make concessions. We’ve seen where this takes us. Crisis.
. 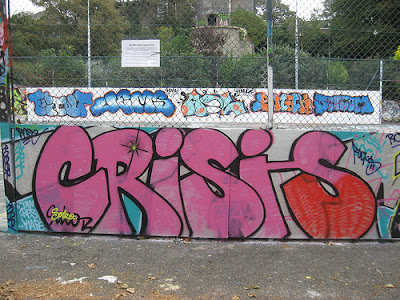 We lost ours a week ago. I’m not sure how important that was for the violent markets this week. It played into the mix of crazy things that happened.

A new AAA was created this week. A country rises to this lofty rank? No, that’s not going to happen. One of the strong global companies gets a higher rating? No, that’s not likely either. Is this a name we all know? No, not unless you trade CRE CDOs for a living. This AAA goes by the moniker of:

.
This is a Commercial Real Estate Collateralized Debt Obligation. (Remember those ugly things?) The total deal is $685 million. The security for this borrowing? $685mm of mortgages on 168 hotel properties in 33 states. (Note: 100% leverage, O% equity). The average loan size behind the deal is $4mm. This means we are not talking big properties. I call this the “Red Roof” deal.

The CDO is structured with (get this) six tranches. The bottom of the credit pile is therefore just swill. The most subordinate piece is a $110mm. Somehow this junk managed to get a BB from Fitch.

The most senior tranche came to $350mm. (Note: This does not even have 2X coverage). Fitch took a quick look at this and give it AAA.

My guess looking at some of the details is that the senior tranche has a very good chance of getting their money back. But this is by no means a sure thing. It was just three years ago when we last had deals like this. The vast majority of those AAA's got smoked. (Note: Only “Sophisticated” investors can participate in this deal)

I’m scratching my head. If a bond secured by a bunch of so-so hotels can get a AAA just what the hell does a AAA mean? 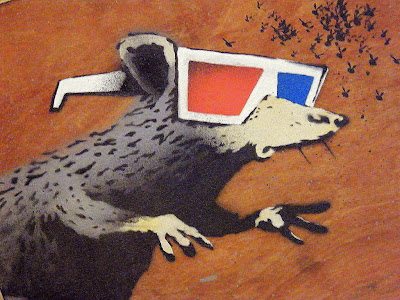